While drones are used for all types of purposes, photographers in many industries can benefit from the photographs and videos they can take. You don't have to spend thousands of dollars, either. Many drones have moderately good cameras and equipment and cost under a thousand bucks.

Drones might have been futuristic technology in 90's sci-fi flicks, but they are quickly making an impact in current society. In essence, a drone is an unmanned flying aircraft you control remotely. Military drones can have intricate remote systems, but your run of the mill commercial drone will typically have a controller or even be controlled by your phone. Not only are they the most wanted toy on many kids' Christmas lists, but they are finding uses in aerial photography, real estate, the military, and dozens of other industries. While not all drones have a camera mounted on them, most do come with the ability to mount a camera that allows you to take amazing aerial videos and photographs.

How Good Are the Cameras? 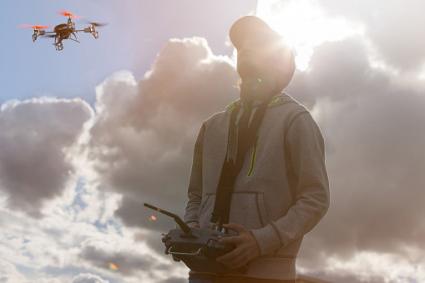 You get what you pay for, and drones are no different. Budget drones are available, and these are typically under $200. These drones are typically equipped with a camera that takes pictures in the 1-2 megapixel range, along with 480p to 720p video quality. Some are even equipped with a GoPro. In addition to having lower quality cameras, these drones usually have a lot shorter fly time before they require a recharge.

If you are a professional drone flyer and willing to drop more than a few hundred bucks, you can find drones with camera qualities of 12 to 20 megapixels and 4K to 5.2 RAW video resolution. These types of drones can range from just under $1,000 to well over $2,000. These drones also have better flying times at about 15-30 minutes, depending on the model. In 2017, DxOMark, a camera sensor testing company, rated the sensors on drone cameras and found they rated from 74, which is the quality of a high-end digital camera like the Olympus Mark II, to about 34, which is cell phone quality.

There are several advantages to using a drone with a camera for photography. 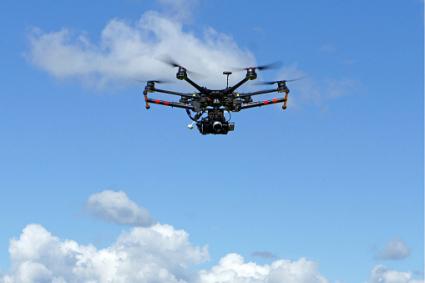 With the good, always comes the other side of the coin, or the downside. Disadvantages of drones include: 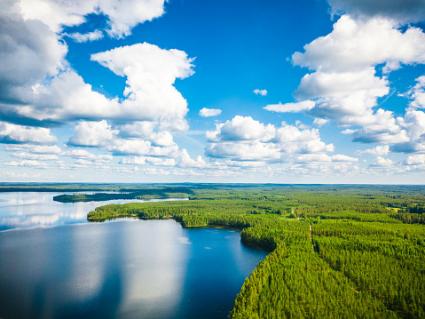 So, you've decided that despite the disadvantages, you want to give drone photography a try. How do you make your images great? A few simple tips can take your aerial drone photography from just okay to extraordinary.

Finding a drone with a high-quality camera under $300 is like finding a needle in a haystack. However, there are a few gems that give you a lot of bang for your buck. The picture quality of the cameras on these drones are 720-1080P, which might post well online or in a smaller print, but will get distorted in a larger image. Budget drones to consider include:

If you are looking for a bit more clarity in your image than 720-1080p, then you can look to a mid-level drone. These drones are typically around the $1,000 mark and offer cameras of 10 to 12 megapixels. While this doesn't compare to the 20+ megapixels found on most point-and-shoots, you can't beat the distinctive images that these drones create. At 12-megapixels, you can expect your images to print well up to a 11x14" and maybe even higher. These will also look superb online. However, the quality might be a bit too low for large format prints or high-resolution stock images. Some great mid-level drones include:

With a high price tag comes lots of features including a camera with a larger megapixel capacity, typically 16 or higher. Drones in this range, can cost thousands of dollars, but the image quality is that of high-end digital SLR cameras. Because of the large pixel formats, these images can be blown up into large format prints like 20x30 and feature the sharpness and clarity required by stock photography businesses. A few of the higher-priced drones include:

Taking It to the Next Level

Whether you just want to hop on the drone bandwagon or you are looking to take professional aerial portraits using a drone, there is a machine to fit your needs and your budget. While the lower-end drones can't offer high-end image quality, if you are in it for your own personal enjoyment or to play with some aerial photography, these drones can fill your needs. Mid-grade and high-end drones have a lot more to offer but can make a huge dent in your wallet depending on how far down the rabbit hole you want to go. However, if you are looking to make cinematic type or high-end imagery, you can't go wrong with a high-end drone equipped with a camera. Now weigh your options and decide if droning is right for you.