Your life is full of touches, swipes and pokes at electronic devices. Why should digitals cameras be any different? While some old school photographers prefer the feel of buttons, there is a new player in the digital camera world that allows you to control our settings with those pokes and swipes you've become accustomed to.

Adding a Touch Screen to a Camera

Around 2000, touch screen devices started to take off in the digital world. However, they also had a hefty price tag. In the years since its debut, the touch screen has gone mainstream. Not only are your phones and tablets touch screen, but your cameras are as well. In addition to becoming more affordable, touch screen models are easier to use.

A camera with a touch screen has all the options and features of your standard digital point and shoot or DSLR, but they have one distinct difference: you don't have to use the buttons. Instead of pushing a button to get to your menu, setting and ISO, you use a poke or swipe of your finger. The preview on the back of the body of the camera has now become your one stop shop for focus, exposure, timers, etc. While some models limit the options they offer with the touch screen, other cameras include tapping for focus and shoot, self-timers, writing on images, and camera settings.

Best Touch Screen for You

You will hear people argue the pros and cons of DSLR versus point-and-shoot cameras. However, whether you want one of these in a camera with a touch screen comes down to why you are taking pictures. This can easily help you decide which one that you want to buy.

First and foremost, point-and-shoot cameras are cheaper, even the touch screen ones. They also allow you to work in auto mode or preset modes like portrait, low light, firelight, etc., which can be helpful for newbies or beginners to photography. This also works great for parents, just looking for ease of use in taking images of their kids. There are fewer options to monkey with, and you still get decent images. These types of cameras also allow you to use special effects like miniature and fisheye effects. Some models also allow you to write directly on your photos.

A few of the cons of a point-and-shoot are the lower image quality because of the smaller sensors, smaller ISO ranges, and the inability to control the speed. This can make it more difficult when you are shooting in low light situations. However, a lot of the newer models offer a low light setting, but it still doesn't hold up to the DSLR.

If you need a camera designed for speed or like to have full control of your settings, then getting a touch screen digital SLR camera might be more your style. These machines are designed for speed, and with the addition of the touch screen, you have all the controls available to you with a touch of a finger. You also have the option to modify your setting to try to compensate for low light situations. This can give you amazing pictures even though the ambient light might be low. In addition to being faster and allowing you to modify your settings for lower light, you have the options to change lens. Therefore, you can use fixed lens for portraits, telephoto lens for sports or landscapes, or a macro lens to get really close up.

While these cameras offer you the ability to use manual settings and have more features, they can get overwhelming for beginning users. Additionally, these cameras typically come with a hefty price tag, especially for higher-end models.

If you are team point-and-shoot, there are a few camera options that you might want to check out.

The Panasonic LUMIX DMC-FZ300K was featured on Lifewire in their article The 6 Best Touchscreen Cameras to Buy in 2017. It was listed as the Best Value Fixed Lens with a price point of $500 on Panasonic. This camera features 12.8-megapixels and a 25-600 zoom with a F2.8 fixed aperture. You can take 4K video, and it features a Leica DC Lens with optical image stabilization. In addition to a touch LCD, the camera features WiFi connectivity and a weather proof body. This point-and-shoot camera features pro quality with the availability to use RAW; however, still retains the ease of a point-and-shoot. In addition to the touchscreen, this camera has buttons for adjusting the image settings as well. 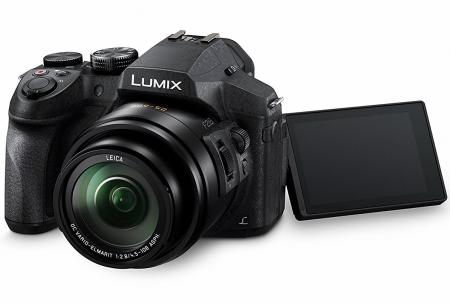 Another great choice for a touch screen point-and-shoot was the Canon PowerShot G7 X Mark. This model was featured in PC Magazine in The Best Point-and-Shoot Cameras of 2017. Available on Amazon for $679, this camera features a touch panel LCD screen that tilts 180-degrees and allows you to control settings, focus, and shutter with the touch of your finger. This camera offers a 20.1-megapixel sensor and a DIGIC image processor. In addition to JPEG, you can shoot in RAW and continuously. The PowerShot has a 1.8-2.8 lens and built-in WiFi. You have the options to transfer photos wirelessly, videos and built-in Near Field Communication (NFC), along with remote shooting using your smart devices. 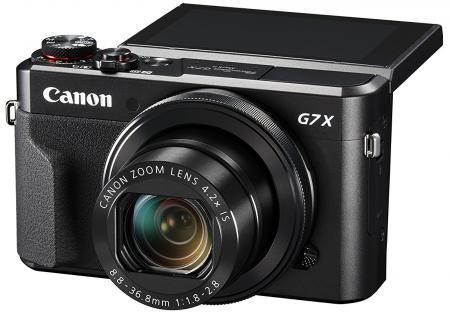 If you decided that a digital SLR camera will fit your needs better, there are some highly reviewed cameras that you can find without breaking the bank.

With a price point of $719 on Amazon, the Canon EOS Rebel T6i is an affordable touch screen option that was rated among top touch screen cameras by Smart Review. Not only does this camera feature 24.2-megapixel quality but you have 1080p HD video. While the camera features all the buttons you need to go old school, you can use the touch screen LCD monitor and activate two finger touch gestures, zooming, focus, and shutter release along with touch autofocus (AF). Additional specs include built-in WiFi, built-in NFC, remote shooting, wireless printing and DIGIC 6 image processor. 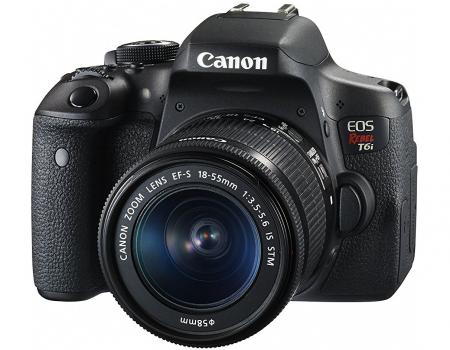 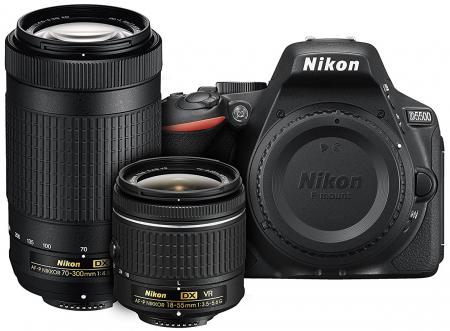 If you are a beginner professional photographer interested in investing in a touch screen or looking to upgrade your equipment, there are several cameras featuring touch screen technology that you might want to spend the money on.

Ranked among top touch screens by Smart Review, the Panasonic LUMIX GH5 is a mirror-less, 20.3-megapixel camera body for about $2,000 from Amazon. This camera features both buttons and a 3-inch LCD touch screen. This camera features a load of touch options like shutter release, full menu options and focus, along with a magnesium alloy body. Photo sharing is made easy with the 5Ghz WiFi and Bluetooth technology. It also boasts 2.0 stabilization and exposure technologies. 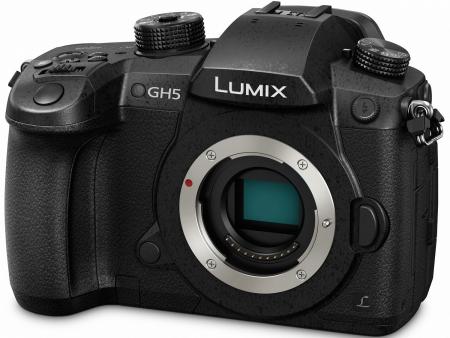 Ranked in the top spot by Camera Decision, the Nikon D850 features a whopping 45.7-megapixels but comes with a hefty price tag of $3,300. This camera features a full-frame image sensor, tilting touch screen and full autofocus performance. The company boasts the lowest base ISO of any DSLR and 4K Ultra HD recording technology. Users can expect 153 focus points and the ability to shoot in low lighting with exposure compensation at -4 EV. Another feature that might work great for sports photographers is the ability to shoot 51 continuous images. 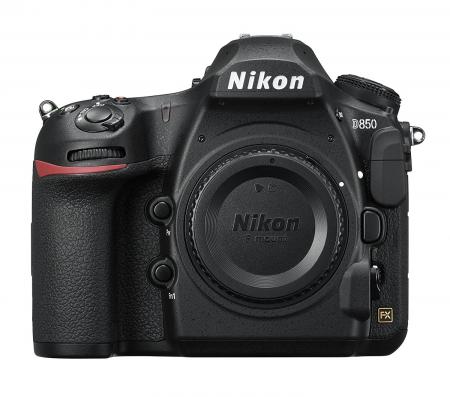 Listed among the 5 Best DSLR Cameras by Best Reviews is the Canon EOS 5D Mark IV. This powerful machine will run you about $3,300, but the features definitely are worth the price. Specs on this camera include a 30.4-megapixel CMOS sensor and an ISO range from 100-32,000. It also features dual pixel AF and 61 AF points, as well as a 150,000-pixel RGB metering sensor. In addition to the touch screen LCD with full touch screen capabilities, the camera features built-in GPS, WiFi and NFC. 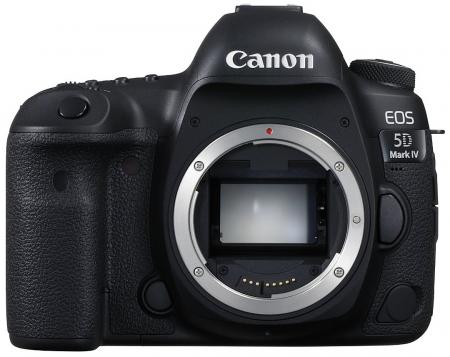 While a touch screen isn't a necessity to your camera, it does open up a world of options to photography beginners and experts alike. Not only can you control the settings, focus and exposure with a swipe of your finger, but some cameras allow you to control your shot fully without ever clicking an actual button. Don't worry though, if you like those buttons and dials, they are still available. Most companies haven't completely done away with them, but in a world of swipe to the left, it adds a convenience and ease of use that you might enjoy. Now pick up a touch screen camera and give those options a test drive.