Much has been written about Sally Mann, photographer extraordinaire, but her haunting images speak louder than anything captured in text.

Sally Mann was born on May 1, 1951 in Lexington, Virginia to upper-middle class parents. The attractive shutterbug credits her father for whetting her interest in photography by giving her his 5x7 camera when she was in high school.

Mann's fascination with picture taking flourished while she attended college at Washington and Lee University. It was there that Mann took on her first job as a paid photographer. In the mid 1970s, she was assigned to photograph the construction of the school's new Lewis Law Library. Mann's awe-inspiring images taken of the structure led to her first one-woman exhibition in late 1977 at the Corcoran Gallery of Art in Washington, D.C. The surrealistic images were also included in her first book, Second Sight, published in 1984.

Today, Sally Mann is known as one of the most influential female photographers in history. Her works are included in the permanent collections at some of the world's finest museums, including:

In addition, Mann was named by Time magazine as "America's Best Photographer" in 2001 and her images have made the cover of The New York Times Magazine on multiple occasions. 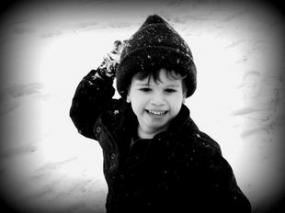 Black and white photography is a Mann trademark.

Since taking her first series of professional photographs in college, Mann's shooting skills improved exponentially. Her images are now some of the most recognized in the world.

At Twelve: Portraits of Young Women

One of Mann's most controversial collections was titled At Twelve: Portraits of Young Women. Published in 1988, the images were intended to capture "the confusing emotions and developing identities of adolescent girls." The dramatic images included shots of young girls smoking and exploring nature.

Following At Twelve: Portraits of Young Women, Mann released a collection of photographs that helped make her a household name. The series, entitled Immediate Family, was released in 1992. In it, Mann used her own young children as models. The collection of 65 black and white photographs of Mann's three children, all under the age of 10, was taken at the family's remote summer cabin. Many of the photos showed the children skinny dipping and playing in the woods without clothes on. Critics considered the collection an example of "child pornography," but Mann defended her work by saying the photos explored typical childhood themes. Regardless, the controversy only increased publicity and helped Mann become more famous.

This 1994 collection of Mann's photographs included some of her most famous color and abstract landscape shots. In the mid 1990s, Mann branched out into photographing landscapes on wet plate collodion 8x10 glass negatives. The process features a series of glass plates coated with collodion, dipped in silver nitrate, and exposed while still wet. The end result is a swirling, ethereal image.

After her foray into landscape photography, Mann experimented with images which suggested decay and death. In What Remains, published in 2003, Mann showcased photographs of the remains of her dead greyhound, along with decomposing bodies at a federal Forensic Anthropology Facility known as the "body farm." Mann remarked that this collection delved into her study of mortality, decay and death.

Sally Mann's Impact on the World of Photography

Sally Mann, photographer extraordinaire, wife, mother and icon in the world of picture taking continues to make waves in the industry. In her recent collection of landscapes of Alabama, Mississippi, Virginia, and Georgia, Mann used damaged lenses and a camera that required her to use her hand as a shutter. The striking ghost-like images are marked with scratches, light leaks, and shifts in focus, which are part of an early 19th century photographic process.

Despite advances in technology, Mann swears off digital photography and still shoots with an 8x10 large format camera. As of 2009, Mann continues working on a series of self-portraits, a study of the effects of muscular dystrophy on her husband, and a multipart series of the legacy of slavery in Virginia.