Novice photographers often emulate more experienced photographers until they find a style of their own. It's important for every photographer to actively pursue new ideas and methods in this art. Eventually he will incorporate a few or many of them into his own works and will develop a style that is distinctly his own. A style is a voice or a distinct way of doing something that transcends into all of an artist's works. 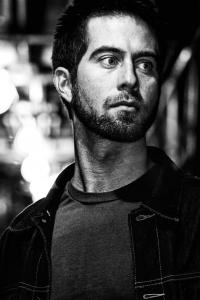 As a photographer matures and advances in his craft, he will begin to find certain unique qualities or characteristics of his work that make them consistently great. When he discovers this, he will begin to see his style develop.

Here are some cool tricks that a photographer can try on his journey towards finding his own unique style.

Taking black and white photos have a lot of advantages. The lack of color really helps to bring out the drama in a photograph and may even produce drama where it wasn't intended. Black and white shots accentuate the shadows in a picture which draw attention to shapes. 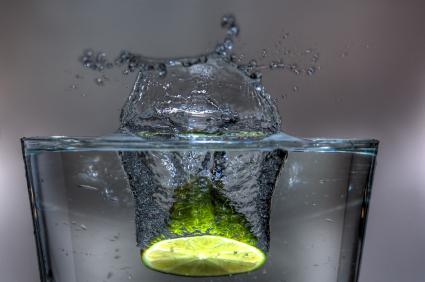 Another interesting style that a photographer might want to consider is high-speed photography. This style aims to capture a clear photo of a moment in time. It usually captures a scene that is difficult to see with the naked eye or that passes so quickly that we are unable to fully assimilate and comprehend it. The splash of a water drop, the smoke from a gun or the flutter of a hummingbird's wings are all actions that might be of interest to a high-speed photographer.

A photographer can often control the situation and subject for this type of photograph. He might set-up lights and a tripod In a studio and create a scene such as dripping liquid into a bowl of water and recording the process on film. In nature though, the photographer will have to be prepared to catch the flutter of a hummingbird's wings or the tail of a shooting star. 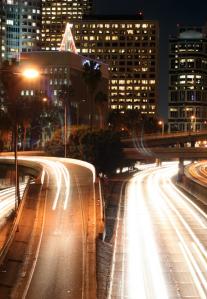 A photographer might choose to do motion-blur photography to capture a multitude of moments in a single photo. By setting the camera on a tripod, the photographer can achieve a nice and steady shot. The photographer has to make sure that the camera's shutter stays open for an extended period of time. The camera will then be able to record the movement of the image in a single shot.

One of the obvious uses for this style of photography is shooting sporting events. A photographer can capture the motion of a bicyclist as he speeds by or can show the speed of a race car on a track, but motion-blur photography has other practical uses too. A photographer might want to capture the blur of cars zooming along a busy highway. If done correctly and at night, the cars will be a blur of lights while the rest of the picture will be still and in-focus. 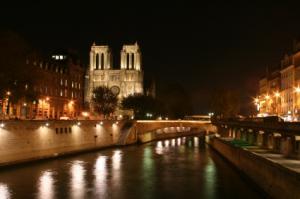 Some photographers love to take photos outside at night. They may capture the high drama of a group of people partying in the street or the tranquil image of the moon reflecting on a still lake. Photographing in low light can be challenging, but with a good tripod and a bit of experience you can capture some amazing images.

When a photographer is trying to find his own style he should look through the works of other artists that he admires. He should attempt to recreate the photos that he finds the most appealing. In attempting to copy other styles he will soon find one that is all his own. He may find that he wants to combine one or two other styles together to create something completely different.