Famous modern photographers work in a wide variety of styles, giving each image their own unique twist and personality. Each of them excel at taking photographs and turning them into an art form. Covering subjects from babies to sports heroes to nature, you'll find modern photographers capturing and documenting the world around them in new and different ways.

The following male modern photographers have taken some of the most recognizable pictures ever published.

John Shaw is an icon in the field of professional nature photography. He has photographed on every continent, from the Arctic to the Antarctic, from Provence to Patagonia. When he first began his career in the early 1970s, Shaw used a variety of film cameras, primarily 35mm and 6x17cm. In the late 1990s he went high-tech, and now he shoots exclusively with digital SLR cameras. Shaw's stellar work has been published in books and popular nature magazines, including:

In 1997, Shaw received the first-ever Outstanding Photographer Award given by NANPA (North American Nature Photography Association). In addition, Nikon named him as the Legend Behind the Lens in 2002, while Microsoft designated him an Icon of Imaging in 2006.

In the world of sports photography, Dave Black's name is legendary. His award-winning images of the planet's greatest athletes including Michael Phelps, Mary Lou Retton, Apolo Anton Ohno, and Michelle Kwan, have graced the covers of popular magazines such as:

Black is known for capturing specific moments of sports history and turning them into iconic images, especially photos he has taken at the Olympic Games. Black's ability to capture a viewer's attention and hold it by using unique lighting, shadows, background and color is beyond impressive.

Joe McNally is considered one of the most influential photographers of the 21st century. The internationally acclaimed American photographer is known worldwide for his ability to produce technically and logistically complex assignments with expert use of color and light.

Some of McNally's most recognizable work includes:

The Pulitzer-Prize-winning photographer Jack Dykinga is a master at blending fine art photography with a documentary photojournalist style. He regularly contributes his amazing wilderness photos to major magazines and has compiled his photos together to create books. 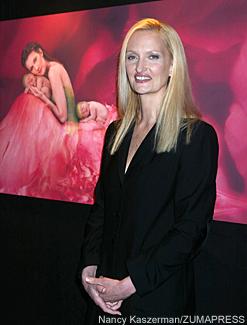 Modern photography has also been shaped by several leading female shutterbugs, including the following:

Annie Leibovitz has captured some of the most enduring images of modern time. The American portrait photographer is known as one of the world's leading entertainment photographers. In 1973, Leibovitz made history by becoming the first female chief photographer of Rolling Stone. Her award-winning work has also been featured in other publications, including Vanity Fair and Time.

One of Leibovitz's most important contributions to photography came during a photo shoot with the legendary singer John Lennon, in which she convinced the Beatle to remove his clothes and wrap himself around his wife Yoko Ono. Leibovitz would be the last person to professionally photograph Lennon, who was shot and killed five hours later. In addition, her iconic black-and-white portraits of Keith Richards and Mick Jagger, shirtless and gritty, elevated her to the top of her profession.

Leibovitz's first museum show took place in 1991 at the National Portrait Gallery in Washington, D.C. and toured internationally for six years. At the time she was only the second living portraitist, and the only woman, to be featured in an exhibition by the institution.

Anne Geddes is an Australian photographer best known for her unique work with infants. Her phenomenally popular pictures of newborns placed in various settings, such as gardens, flowerpots, and cabbages have appeared on a variety of stationery items and other decorative products.

Geddes' gift of turning pictures into profit has made her one of the most successful commercial photographers in the history of the profession.

Each photographer has a slightly different way of seeing the world and has a different focus, but they all have something important to share . There are many modern photographers who help you see the modern world in a new and different way. They are able to capture a moment in time or a fleeting emotion. Though some of the photographers are well known by the general public, some of the most respected photographers aren't household names. Even though you might not recognize some of their names, you have most likely seen their work.