Canon digital cameras have come a long way since their predecessor, the Kwanon 35mm focal plane shutter camera of 1934. The current collection of digital cameras manufactured by Canon varies widely in price range and in the features each model offers.

With so many different digital cameras to choose from, it may be difficult to decide which camera is right for you. Generally, the lowest priced cameras have the fewest features, thus making them the easiest for the beginner to use. Cameras with high-end features are often slightly more difficult to learn to use and will cost considerably more.

Choose your camera based on what the primary use will be. If you'll just be using it casually for travel or photographing family and friends, choose a less-expensive camera. For those looking to capture wildlife close up or take pictures at sporting events, a high-end camera will fit the bill.

The basic level of Canon cameras for beginning photographers is the A-Series. These cameras have a very basic range of features, including a customizable menu. Popular features for this camera include red-eye correction, face detection technology and a 6x optical zoom lens. Newer models have an enormous range of scene modes that can help new photographers get the most out of their quick shots.

The A3500 is the most popular A-Series camera on the market today, sporting a 16 megapixel resolution and 5x optical zoom. It is considered the most "entry level" of the Canon digital cameras. For a very basic model at a lower price point, try the PowerShot A1400 model. 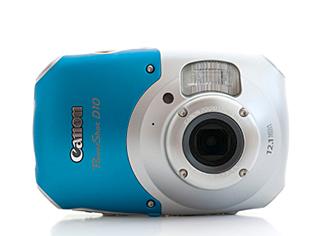 The D-Series retains much of the simplistic nature of the A-Series, but puts that simplicity in a far more rugged package. The D-Series cameras are waterproof, shockproof, and freezeproof. Even well-established photographers like to use these cameras due to the unique mixture of afforability and ruggedness they provide. These cameras will still be for beginning or casual shooters, but will last through anything you put them through.

With D-Series cameras, the most common model found in most stores is the D20. It is the most rugged example from the D-Series line and provides excellent resolution and high sensor sensitivity for such a rugged camera. 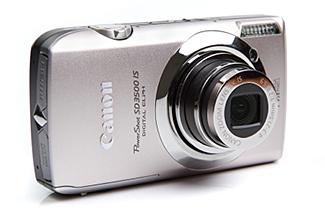 Often called the "Lexus" class of Canon point-and-shoot cameras, the ELPH Series Canon digital cameras are for more advanced users. They offer the same features as the A or D-Series cameras, plus a few more advanced features. These cameras have high-resolution megapixel CCD, ISO controls for managing low-light conditions and large LCD screens for shooting and playback. These models also have the print and share buttons which allow for direct printing and downloading of photos and mini-movies.

The SD90IS is an ELPH camera that acts as a step up in control from the more basic point and shoot cameras of the A and D-Series. It provides a lower resolution than the A3300 at 12 megapixels, but without the "muddier" saturation issues found in lower-end cameras. In essence, the smaller resolution is offset by the greater clarity and richness of color provided. For photographers on the go, the ELPH 330 HS model is extremely thin and portable. 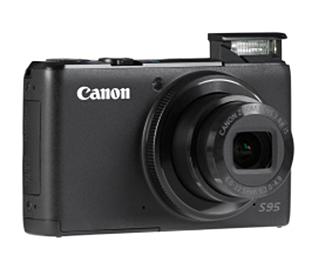 The Canon S-Series of cameras are intended as a bridge between the point-and-shoot cameras beginners use and the more advanced cameras that professionals use. The G-Series is the top tier of the "consumer" Canons, and the S-Series is something of a middle step that leads to those more advanced cameras. The S-Series cameras have powerful long-range optical zoom along with the same type of optical image stabilization used in Canon IS lenses for DSLR cameras. Also, the S-Series uses the DIGIC-4 processor, which is the same processor used on some of the higher-end crop-sensor DSLRs in Canon's range.

Enthusiasts looking to bump their way up into the realm of the S-Series PowerShot cameras often turn to the SX50IS and its exceptional image clarity. It uses the same DIGIC-4 processer used on the higher-end models of Canon digital cameras, it provides optical image stabilization, and it has an optical zoom range of 20x. This PowerShot also allows photographers to shoot 720p videos for posting on YouTube or other social media websites. 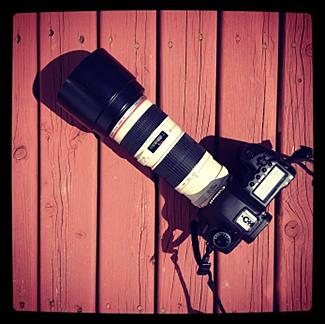 Canon is one of the top manufacturers of DSLR cameras in the world. DSLR cameras have an interchangeable lens system that allows you to change lenses to get varying levels of zoom and faster aperture sizes. These Canon digital cameras use the EF lens mount that can be found on many older non-digital SLR cameras made by Canon. Modern Canon DSLRs generally come equipped with DIGIC-4 processors, but the extremely new models have the new DIGIC-5 processor.

One popular Canon DSLR for beginners is the T3i. The T3i provides a flipout LCD screen and a few other little features that make it a great buy. It uses APS-C sensors, shoot 1080p video, and can shoot in RAW. It also uses the same DIGIC-4 processor used by higher-end APS-C DSLRs like the 7D. Full Frame shooters can go for the 5D MarkIII, which is a very popular Full Frame camera that provides exceptional image clarity. This camera is designed for all DSLR shooters in mind, since it provides the ability to take excellent quality video while also taking professional-quality photographs. It is most affordable of the full-frame Canons today, and can easily be found for up to $1500 less than the 5D Mark III, which is a newer model.

DSLR vs. Point and Shoot

For most new photographers, all they require is a point and shoot camera. These cameras require little, if any, adjustment. The image you see and the one you will have once the camera captures it will vary slightly, although not enough to be noticeable to beginner photographers. This is because a point and shoot camera uses two lenses. One lens is used to view the image while the other actually captures the image.

DSLR cameras are the next logical progression beyond point-and-shoot cameras for photographers who want to expand their skills. These cameras provide a significant level of control over the image being captured. On the surface, this sounds great and like what every photographer would want. However, the reality is that these cameras can be absolutely overwhelming to people who aren't willing to put the time in to learn about them. For people who just want to take pictures to share with their friends, a DSLR would be overkill.

Try Before You Buy

Before buying any new camera, try them out at a local camera store or retail store that carries a variety of both point and shoot and DSLR cameras. You'll be able to examine the many features to see which one fits your individual needs and budget.