Finding the best digital SLR to take concert photos with is a snap, if you have a flexible budget and know what qualities to look for.

The biggest issues that face concertgoers are lighting and resolution. It is nearly impossible to capture decent photos of your favorite band on stage without a digital SLR camera, especially if you are shooting in a large venue. Most point-and-shoots are not equipped with the features needed to shoot clear images from a great distance in low-light situations.

In order to snap dynamic concert photos, your camera should come equipped with the following features:

Most concert venues require setting your ISO at 1600. Since the image sensor of a digital SLR is much more light sensitive than that of a digital point-and-shoot, you are better able to capture a frame worthy shot in low light with less "noise."

Unless you have front-row seats, you will need to have a camera equipped with a powerful zoom. Most digital SLR cameras allow you to zoom in faster and farther without compromising the integrity of the shot than standard digital point-and-shoots.

It is imperative to have a camera with decent image stabilization when shooting concert photos. While the majority of moderately priced digital point-and-shoot cameras feature image stabilization, it is typically not advanced enough to capture a clear image in a concert environment. This is especially true if you are shooting from the middle of a mosh pit a dozen rows back from the stage.

You risk blurring your images if you use a shutter speed less than 1/50 second. Quality digital SLR cameras allow you to shoot at slower speeds, such as 1/30 or even 1/15 of a second. Digital point-and-shoots do not provide this option. What's more, most digital point-and-shoots produce a lot of "noise" at high ISO speeds. This means your concert photos will most likely be blurry and underexposed.

Digital SLR cameras offer far better shooting modes than traditional point-and-shoots. What's more, a digital SLR's manual mode will allow you to adjust your camera's aperture setting in a way that you could never do with a compact digital camera. When taking pictures at a concert, you want to shoot with your camera's aperture set wide open, to let in as much light as possible. With a digital SLR camera you can crank your camera's +/- Av or Ev setting down to -2 to compensate for the dramatic difference in light intensity between the performer and the rest of your scene. With a point-and-shoot this is not an option.

Finding the Best Digital SLR to Take Concert Photos With 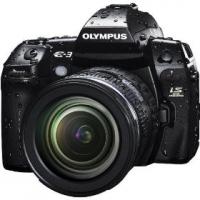 The following digital SLR cameras provide the most advanced technology to ensure you get superior shots in concert environments:

Before you spend hundreds of dollars on the best digital camera to take concert photos with, read the back of your ticket. Some bands do not allow cameras into concert venues. If you ticket reads "No Cameras Allowed" and you get caught taking photos, your camera will be confiscated. However, there are some exceptions to this rule. If you are a professional photographer, you may be allowed to shoot during the first few songs. If you are an amateur photographer given permission to shoot at a concert, generally any picture you snap at the event cannot be used commercially without a completed model release form.